With effect from February 2016, the amendment to the Consumer Protection Act brings another possibility of resolving a lawyer's dispute with a consumer client, unless they themselves agree on a mutually acceptable compromise. The Czech Bar Association is entrusted with the role of mediator in this case. The out-of-court settlement of consumer disputes is free of charge and the costs associated with it are borne by the parties themselves. The consumer may file a petition to open an out-of-court proceeding no later than 1 year from the date on which he exercised his right at issue for the first time with a lawyer.

The out-of-court settlement of a consumer dispute will be initiated at the consumer's request, which must include the following information:

The proposal must be accompanied by evidence that the consumer has not managed to resolve the dispute with the other party directly, and other documents proving the alleged facts, if available (if the petitioner is represented by a power of attorney, the power of attorney will also be included).

The application can be submitted using the form available on the website of the Czech Bar Association. 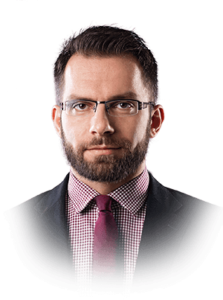